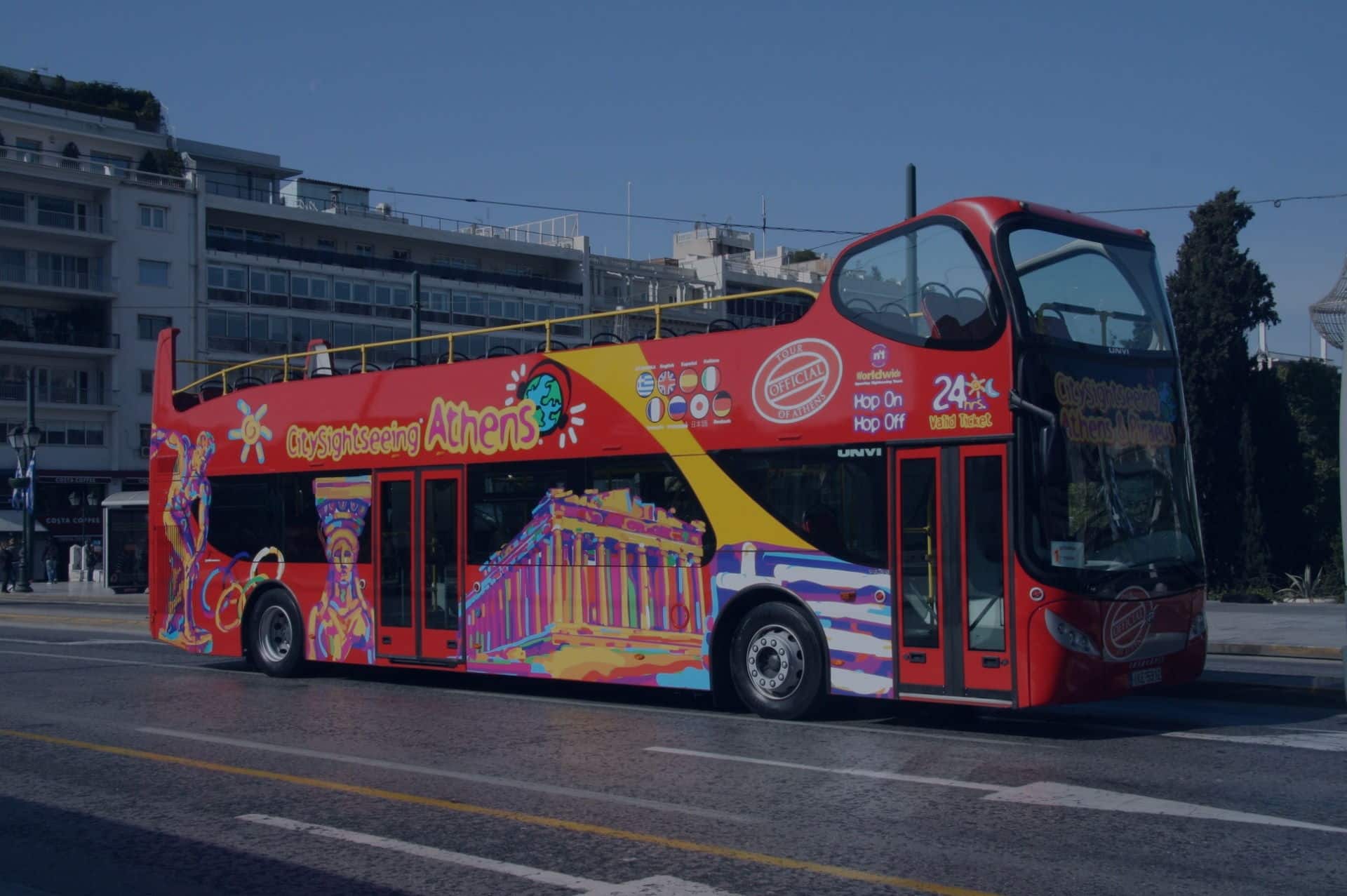 Discover Athens from an open-top double-decker bus and enjoy the hop-on hop-off style of sightseeing. Take the option to go on the Piraeus route and see the best of the Greek capital’s famous monuments and sites while enjoying audio guide commentary.

Experience the Greek capital of Greece by going on a hop-on hop-off sightseeing tour. Choose between three routes and 24 hours or three-day tour options.

Discover Athen’s top attractions and iconic monuments while riding on an open-top, double-decker bus. Take in the city’s many significant sights and attractions. You can learn about Athens’ history and culture from ancient times to the present with the onboard multilingual audio guide.

In addition to the city’s many monuments, you’ll come across many shopping opportunities along the hop-on hop-off bus route. Get off the sightseeing bus at any stop, and once you’re done exploring, simply hop back on the bus. You can visit world-renowned museums and marvel at the ancient temples on the Acropolis. 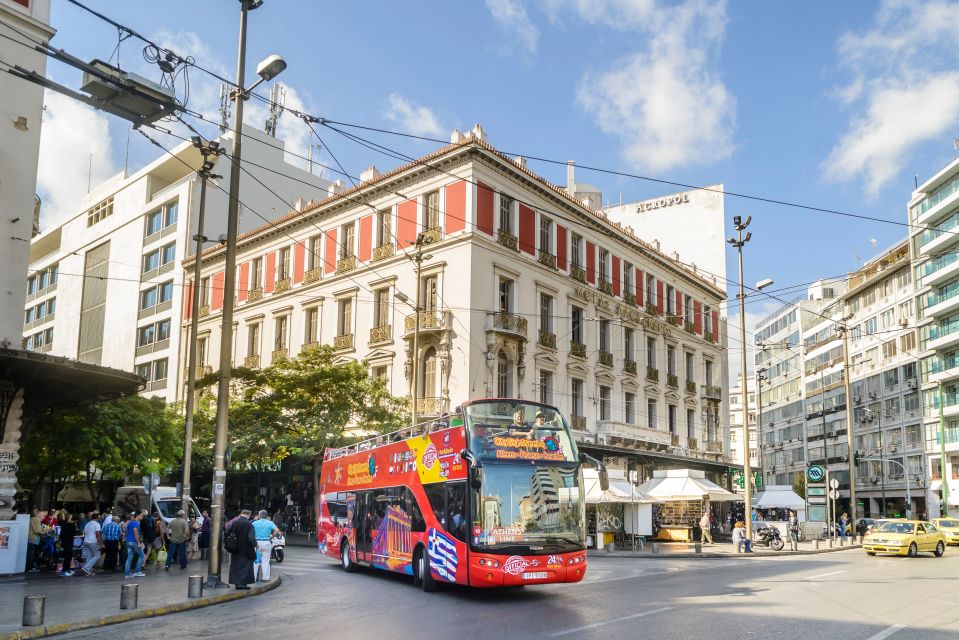 You can start the hop-on hop-off Athens tour at any of the stops on the bus route.

Marvel at the Acropolis and the Parthenon Temple. Visit the National Gardens and the city’s many museums.

With the 24-hour ticket, you’ll get an extra free day.

Get the most out of your Athens visit by going on a Hop-on Hop-off Bus Tour!

Good to know before you go 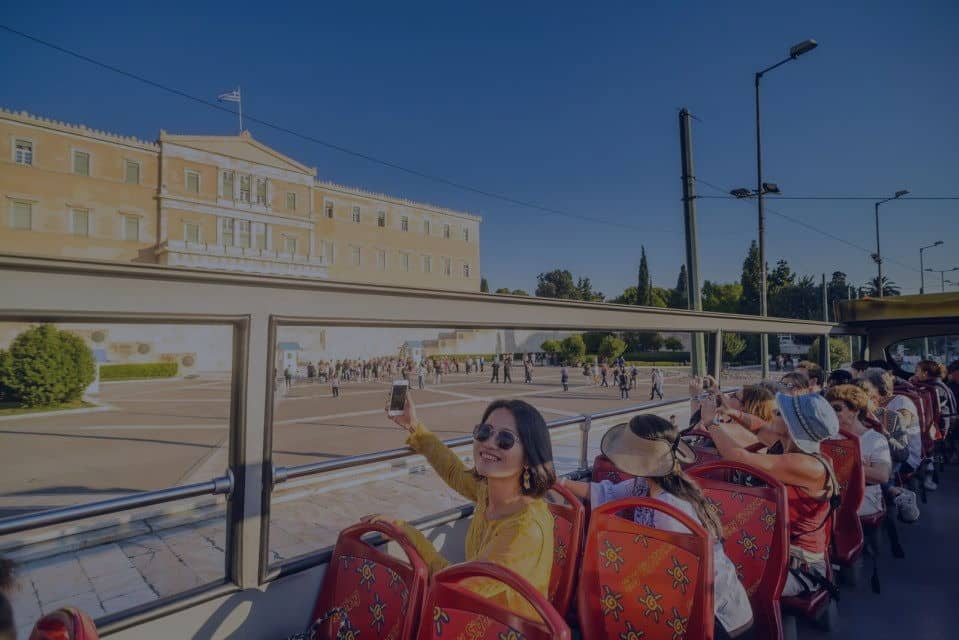 Is Hop-on Hop-off worth it in Athens?

Yes! The Hop-on Hop-off bus tour in Athens is most definitely worth it. It’s a very convenient way to explore the city without wasting your time and money.

The Athens hop-on hop-off bus routes drive around all of the main attractions and monuments in Athens, so make sure to check out the route before hopping on, and don’t miss out on your must-see Athens attractions.

How does Hop-on Hop-off work?

Board the Hop-on Hop-off sightseeing bus from any of the designated route stops. You can hop off the bus at any attraction you choose to visit. Then you can hop back on the next bus when you want to continue the sightseeing bus tour.

You can also choose to sit on the bus for the entire route loop duration and enjoy the city’s panoramic views.

Get the most out of your Athens visit by going on a Hop-on Hop-off Bus Tour! 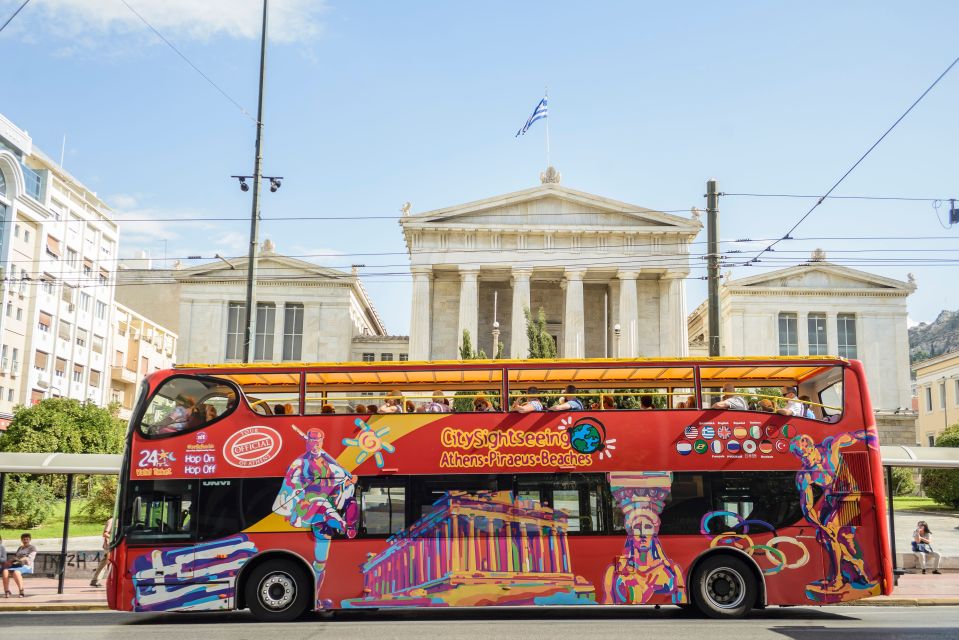 A great way to get to know Athens

This was truly the best way to go sightseeing and to see as many of Athens iconic attractions. We booked a 24-hour hop-on hop-off bus pass and had enough time to see everything we wanted to. This is an amazing way to get familiar with the city you’re visiting, especially if it’s your first time there. I highly recommend this bus tour!

An incredible tour that allows you to see all of Athen’s highlights without wasting hours of your time and a lot of money. We booked our bus passes online and a couple of months in advance, which was the best decision. We saw Acropolis, many cruise ships, the national library, and other famous landmarks. If you’re visiting Athens, I would recommend you go on a hop-on hop-off bus tour.