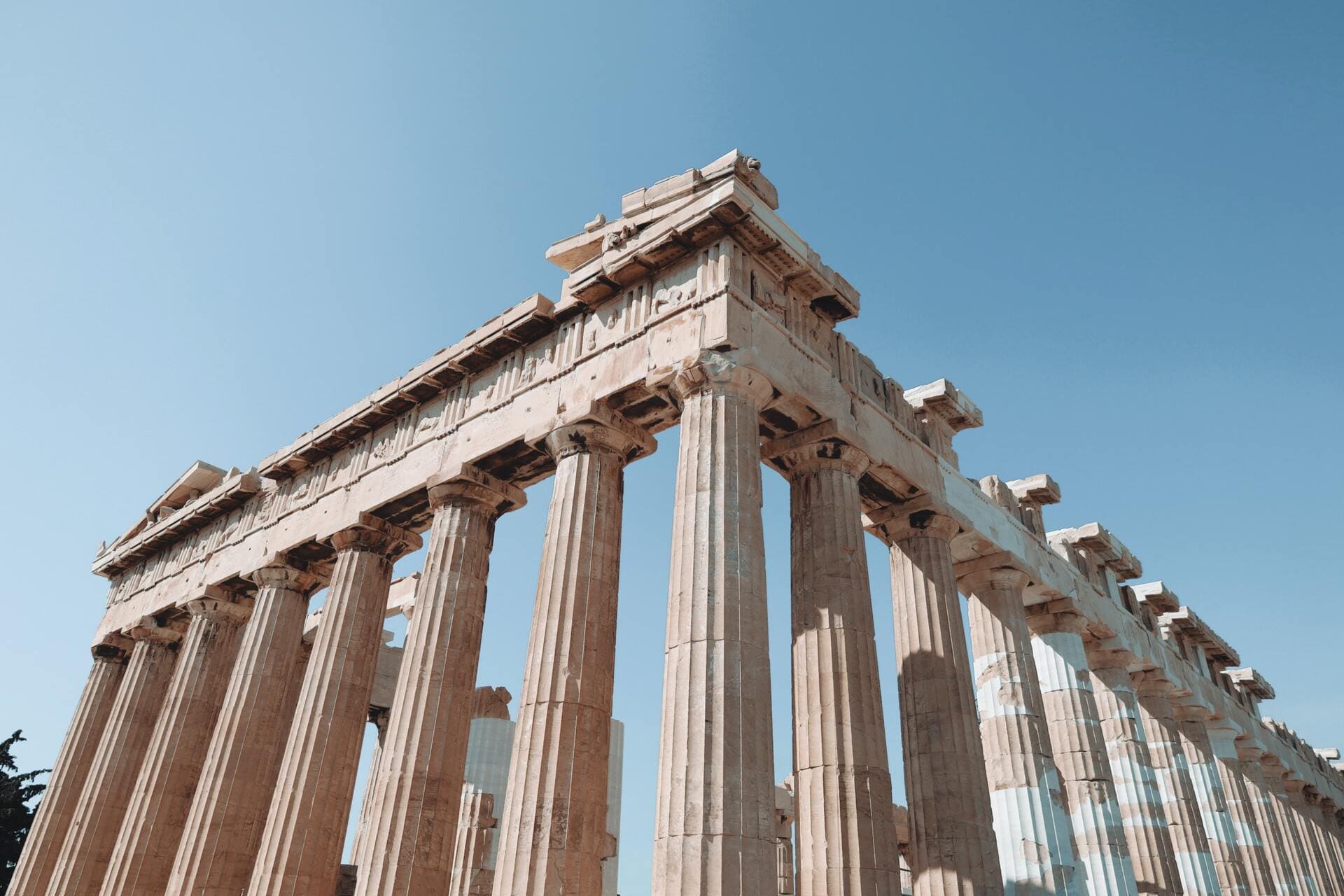 The Parthenon on the Acropolis was built in octastyle Doric with Ionic architectural features. The temple was constructed during the High Classical period, and as an architectural sculpture, it is considered the peak of the development of the Doric order. The Parthenon temple was built under the supervision of the sculptor Phidias by the architects Callicrates and Ictinus in the mid – 5th century BC. The work began in 447 BC, and the Parthenon was completed by 438. At the same time, the exterior decoration of the Parthenon temple continued until 432 BC.

The Parthenon we know today replaced Pre-Parthenon, also known as the Older Parthenon – the older temple of Athena, which was destroyed in the Persian invasion in 480 BC. The existence and the destruction of the older temple of Athena were known from Herodotus. During the centuries, the Parthenon has suffered damage. Even with the loss of most of the Parthenon architecture sculpture, the rectangular white marble Parthenon has remained intact. The Parthenon was intact until the 5th century CE, when the temple was transformed into a Christian Church, and the Phidias’s colossal statue was removed.

Want to Learn more? Book Your tour now & get the best price!

Skip the ticket line and visit the Acropolis - Athen’s most iconic monument. Explore the fascinating history of Ancient Greece, see the UNESCO-listed archaeological sites, and hear all about Ancient Greek myths from your licensed professional guide.

In this 4-hour tour, learn all about Athens’ most important sites, the myths, and the interesting stories behind them. On this great tour, you will visit the Temple of Zeus, the Ancient Agora, and the majestic Acropolis.

Inside of the Parthenon

The only light coming through the inside of the temple was from the east Parthenon doorway. Entered from the west is a smaller square chamber behind the cella. The west and east ends of the interior of the Parthenon building are each faced by a portico of six columns. The building is 228.14 feet (69.54 meters) long and 101.34 feet (30.89 meters) wide.

The chamber (cella) inside the temple that housed the worship statue was named ‘house of Parthenos’ or the Parthenon in the 5th century BCE. And from the 4th century BC, the whole temple building acquired the name Parthenon. The colonnades surround the Parthenon cella, and it housed the statue of Athena Parthenos. The Parthenon cella is divided into two compartments. The columns with fluted shafts and no bases with simple capitals are of the Doric order, while the sculptured frieze in low relief is part of the Ionic architecture.

The Frieze And Metopes Of Parthenon

The frieze in low relief contained 92 metopes, 32 each on the north and south sides and 14 each on the west and east side. The metope Parthenon sculpture dates to the years 464-440 BC. The metopes are examples of the Severe Style in the anatomy of the heads of the figures. Some of them are located in the British Museum, some are situated at Acropolis Museum, and one is at Louvre Museum.

Take this customizable, private walking tour and explore the Acropolis landmarks. Visit the new Acropolis Museum and enjoy a personalized tour of the monuments of Athens.

In this tour, you will be guided by an archaeologist that will tell you tales about Ancient Greece that will bring it to life. You will visit landmarks and monuments scattered around the Acropolis and the magnificent Acropolis museum. 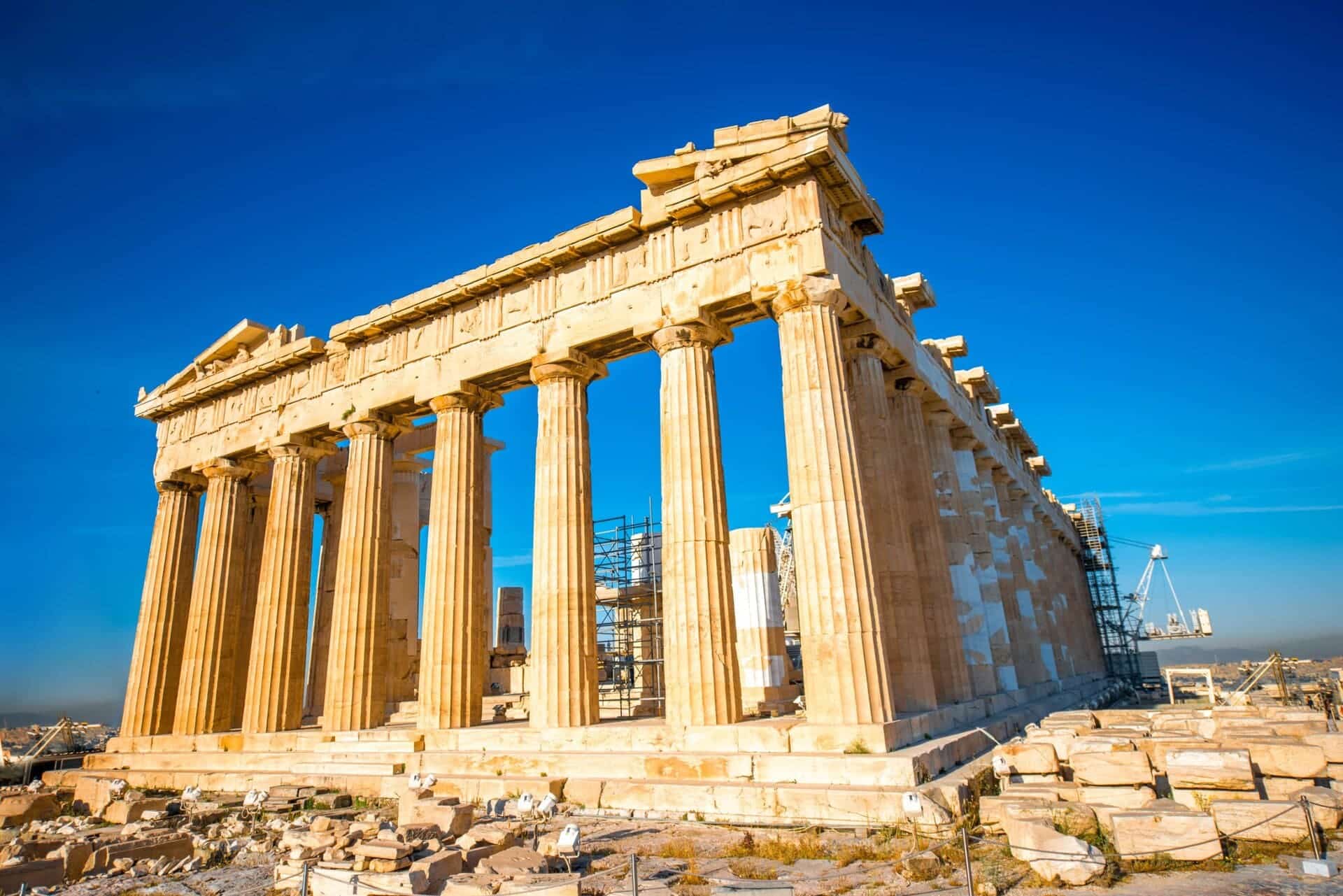 Every artifact remaining on the site was documented, and its original location was determined with the computer model assistance. A crane was installed in order to move the Parthenon marble blocks. Each piece of marble was returned to its original position, and the gaps were filled with new marble, which the ancient Athenians used. The project lasted for over 40 years, and it was decided that the Parthenon will not be restored to its original glory. The Parthenon temple will continue to stand as a partial ruin with the design element and artifacts that reflect its decadent glory.