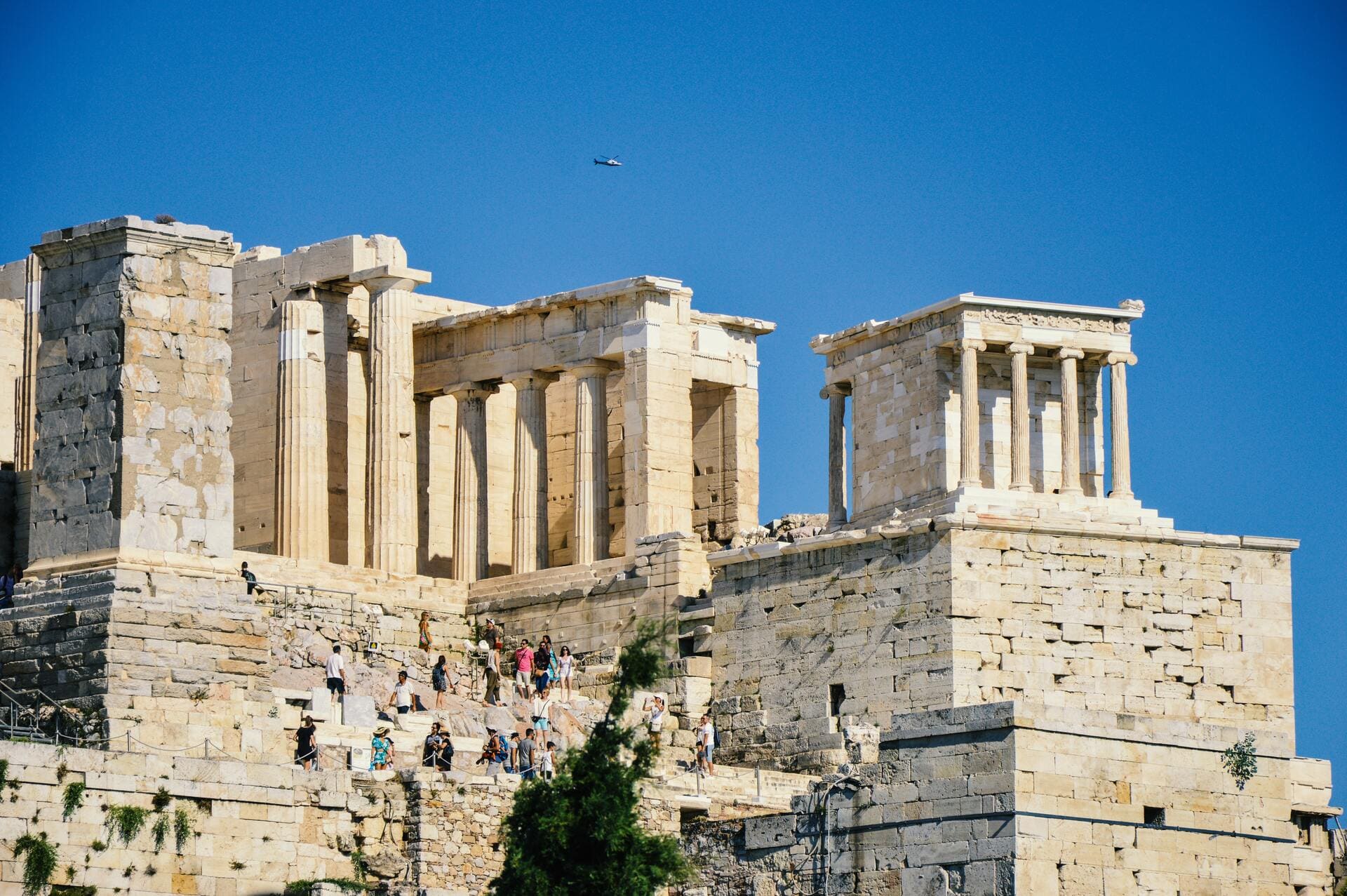 BEST TIPS FOR VISITING THE ACROPOLIS 2023

Find Out Everything You Need To know Before Visiting The Acropolis

We put together the most important, best information and tips you’ll need to know before buying your skip-the-line Acropolis ticket or booking your guided Acropolis tour.

Our Acropolis visiting tips will help you save time and money so that you can enjoy your visit. Here you’ll find all the helpful advice you need to know before visiting the Acropolis.

Information About Visiting The Acropolis

We gathered everything you will need to know before you visit the Acropolis! Read our tips and be prepared to explore the Acropolis!

When Can You Visit Acropolis – Acropolis Opening Hours!

The Acropolis is open almost every day of the year. Except for a few national holidays. There are also a few days in a year where Acropolis has weather reduced or prolonged working hours.

The last entrance to see the Acropolis is 30 minutes before the closing time.

There are a couple of dates on which the Acropolis has reduced working hours:

When is the Acropolis closed for visitors?

Acropolis tours are available all year round. Still, there are few dates on which the Acropolis of Athens and Acropolis temple are closed for visitors:

When can you visit the Acropolis for free?

Take advantage of the dates when you can visit the Acropolis for free:

Are you looking for an Acropolis Ticket?

Purchase your Acropolis ticket online and gain skip-the-line access to Acropolis in Athens. Explore one of the world's most famous ancient monuments at your own pace with a self-guided audio tour.

Included in this incredible Acropolis Combo Ticket are skip-the-line tickets for 7 of Athens’ top archaeological sites. Some of the museums included are Ancient Agora, Roman Agora, and the Acropolis.

What Is The Best Time To Visit The Acropolis?

The best time to visit the Acropolis would be right at the opening hours, around 8 am. Or right before the closing hours, during the last entry. There are fewer crowds early in the morning so that you can have a more comfortable look around the Acropolis. Exploring the ancient Acropolis while the sun is setting down is a fantastic experience. There are also fewer people right before the closing. If you are visiting the Acropolis during the summer season, we highly recommend you get there later in the afternoon when the sun is already setting, and it’s not as hot.

What can you see at the Acropolis?

The Parthenon is a brilliant temple dedicated to Athena, the Greek Goddess of wisdom, handicraft, and warfare, built in the 5th century BC. The Parthenon on the Acropolis hill was the center of religious life in the powerful State of Athens, the head of the Delian league.

The temple represents the symbol of wealth, power, and the elevated culture of Athens. During the centuries, the temple was damaged in wars by earthquakes, fire, and explosions. Today the Parthenon temple is a powerful symbol of Ancient Greece, Athenian culture, and democracy and one of the most significant cultural monuments.

Want to learn more? Book Your Acropolis tour now & get the best deal!

Getting to the Acropolis

Bus lines driving to the Acropolis

Trains driving to the Acropolis

Metro lines driving to the Acropolis

The main entrance of the Acropolis is located on the Northside. There is also a ticket office at this entrance.

The second entrance to the Acropolis is at the southeast corner of the Acropolis, this is the entrance mainly used for small tour groups and skip-the-line ticket holders, so it’s often not mentioned in the guide books.

We recommend you go to the second entrance since it is less known and there tend to be fewer crowds at this second entrance. There is also an elevator on the northeast side of the Acropolis.

How long does it take to visit Acropolis hill?

Visiting the Acropolis of Athens usually takes about an hour and a half. Of course, it can take even longer if you want to learn more about this historic site, explore or take some incredible photos.

Tips for your Acropolis visit!

We bring you the top three tips for your visit to the Acropolis temple!

In order to avoid hours of waiting in crowded lines, we strongly recommend you buy your Acropolis tickets online. That way, you will not waste any of your time, and you will be able to explore more sites around the beautiful capital of Greece – Athens.

Besides the Acropolis itself, you will also be able to visit the Parthenon Temple, the Temple of Athena Nike, and the South and North slopes that include the Theatre of Dionysus.

BOOK YOUR ACROPOLIS TOUR IN ADVANCE

Going on a guided tour of the Acropolis is a great way to skip the long waiting lines at the entrance and learn a bit more about the fascinating monuments and ruins located on Acropolis Hill. 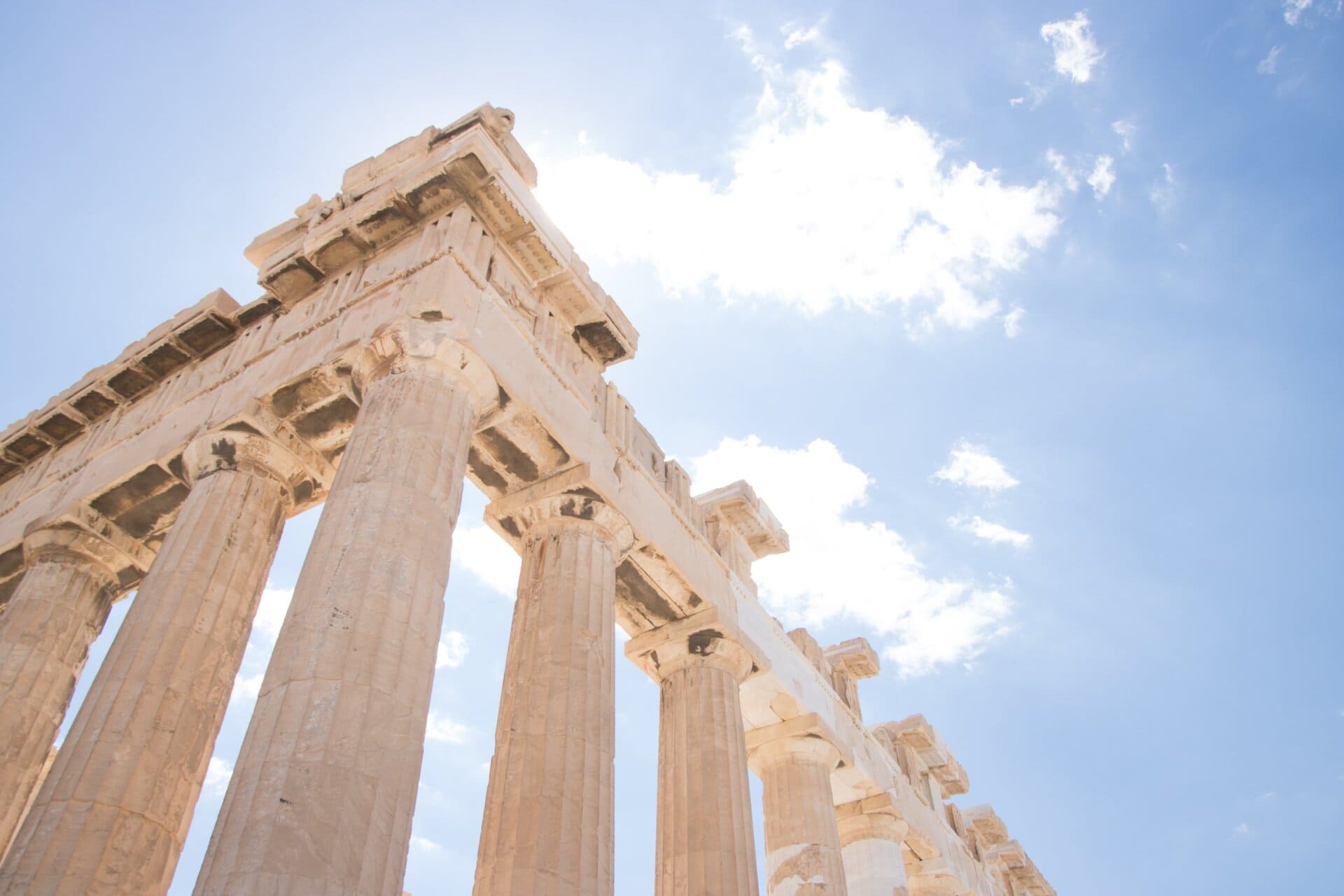 How long does it take to walk up to the Acropolis?

If you are not stopping along the way up to the Acropolis and you’re in good shape, it will take you about 10 minutes to walk up to the site.

Is there an elevator at the Acropolis?

There is an elevator at the Acropolis. The elevator is located on the northeast side of the hill.

Is there a dress code for the Acropolis?

There is no set dress code you need to follow. But since you’ll be walking and sightseeing the Acropolis for a longer time, we do recommend you wear comfortable clothes and a pair of good hiking shoes.

Learn more about the Acropolis!

Book your Acropolis tour and get to know the history and importance of the Ancient Greek civilization.

Skip the ticket line and visit the Acropolis - Athen’s most iconic monument. Explore the fascinating history of Ancient Greece, see the UNESCO-listed archaeological sites, and hear all about Ancient Greek myths from your licensed professional guide.

In this tour, you will be guided by an archaeologist that will tell you tales about Ancient Greece that will bring it to life. You will visit landmarks and monuments scattered around the Acropolis and the magnificent Acropolis museum.